Over 3 centuries of expertise! 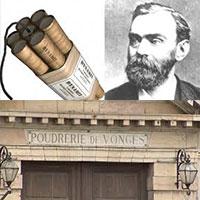 Titanobel has been the French leader in the explosives sector since 1875 when two associates, Paul Barbe, a French industrialist, and Alfred Nobel, the inventor of dynamite, founded the Société Générale de la Dynamite. This company was the starting point for our Group.

Developing from there, the Titanobel Group has had a presence in the explosives sector for over 140 years.

Titanobel’s industrial history goes back even further than that. Our main production site in France, the Vonges factory in Burgundy, first produced explosives in 1691, when it manufactured black powder intended for the armies of King Louis XIV. Titanobel still manufactures black powder on the site today.